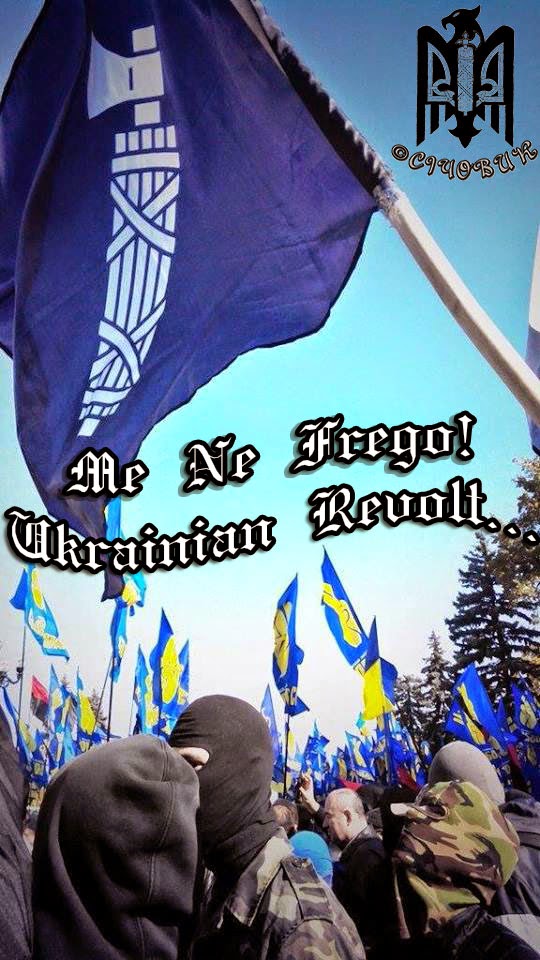 October 14th all Ukraine celebrated the triple holiday – St. Mary's Day, the Cossacks’ Day and the anniversary of the establishment of the UPA. All channels and Internet-media again talk as a year ago about the hand of Moscow, the FSB provocation that if Ukrainian people who came with their requirements under the walls of Verkhovna Rada of Ukraine is unable himself to radical actions against the government by democratically chose well, and similar nonsense.
No dear citizens who blame radical youth for her actions until recently most demanding radical action against the owner of the gold but a long loaf against separatists Crimea, the Moscow occupier Donbas. Now, these are not dear sirs protect mode pseudo chocolate President of provocation! It is not difficult to guess that the so-called nationalists, who yesterday spent the morning meeting in honor and glory of warriors to disown their own activists and supporters. Thus, the leader of the "Freedom" Oleg Tyahnybok and head of the Information Center "Pravyi Sektor" Borislav Bereza unanimously stated that provocateurs nothing to do with honoring Heroes of UPA that they condemn the actions of provocateurs and require investigation.
These gentlemen have forgotten that through provocation like this was even possible a radical change of power in Ukraine! Youth activists informal radical organization "Revenge" despite intimidation and threats of power came to protest and proved Euromaidan not become a national revolution as such, but only its precursor. So, therefore, nationalists tried to prove revanchists Ukrainian society, and a first, despite the war or something truce in the Donbas, power rear must fundamentally change, not rename and become president under the banner of chocolate. Here are some arguments direct participants in the turbulent events of the Parliament of Ukraine in 14th of October in 2014. 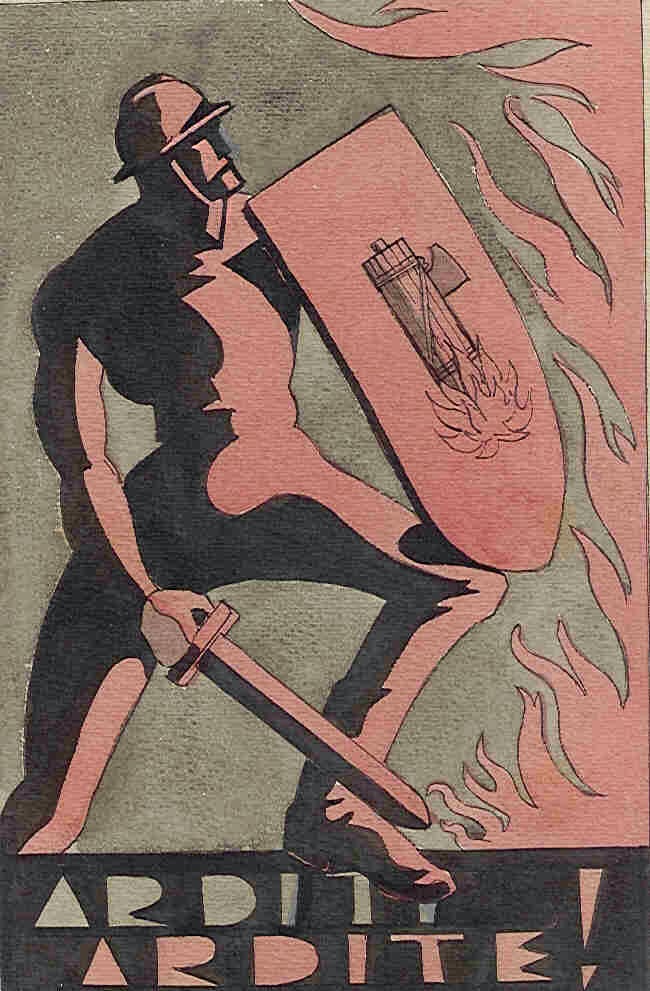 Many citizens argued that the October 14, if not lead to power the junta, but clearly define further activities and discourse show how we are all ready to board soldiers. The day soon, given our understanding of where gaps in activity. Wider problem remained the lack of coordination between the forces standing in front of tuned street. Disclaimer radical representatives of all patriotic forces represented in higher political sidelines, showed complete solidarity of interests Poroshenko and Putin.
Once again confirmed truth that tirelessly trying to be heard radicals to the masses: the consolidation of oligarchs in maintaining the existing system is very high, they serve only their own interests. The biggest enemies and Poroshenko and Putin have these, today's "provocateurs" tomorrow "black men" that endure tomorrow dictates economic, along with thousands of former heads of the members of government.
Ukrainian politicians and the media again called the young masked provocateurs. They blame again throwing bottles with gasoline in office buildings and throwing stones at police. Journalists race again guys put up photos that appeared in the Parliament with sticks and chains. Like a year ago nationalist youth, Ukrainian Arditi, will judge will say that now is not the time to scare democratic government. But nationalist youth do not understand the political schedules Democrats and liberals. Corruption has become many times more. Losers who came to power through our heroism year ago, the policy proved to be an even greater failure. 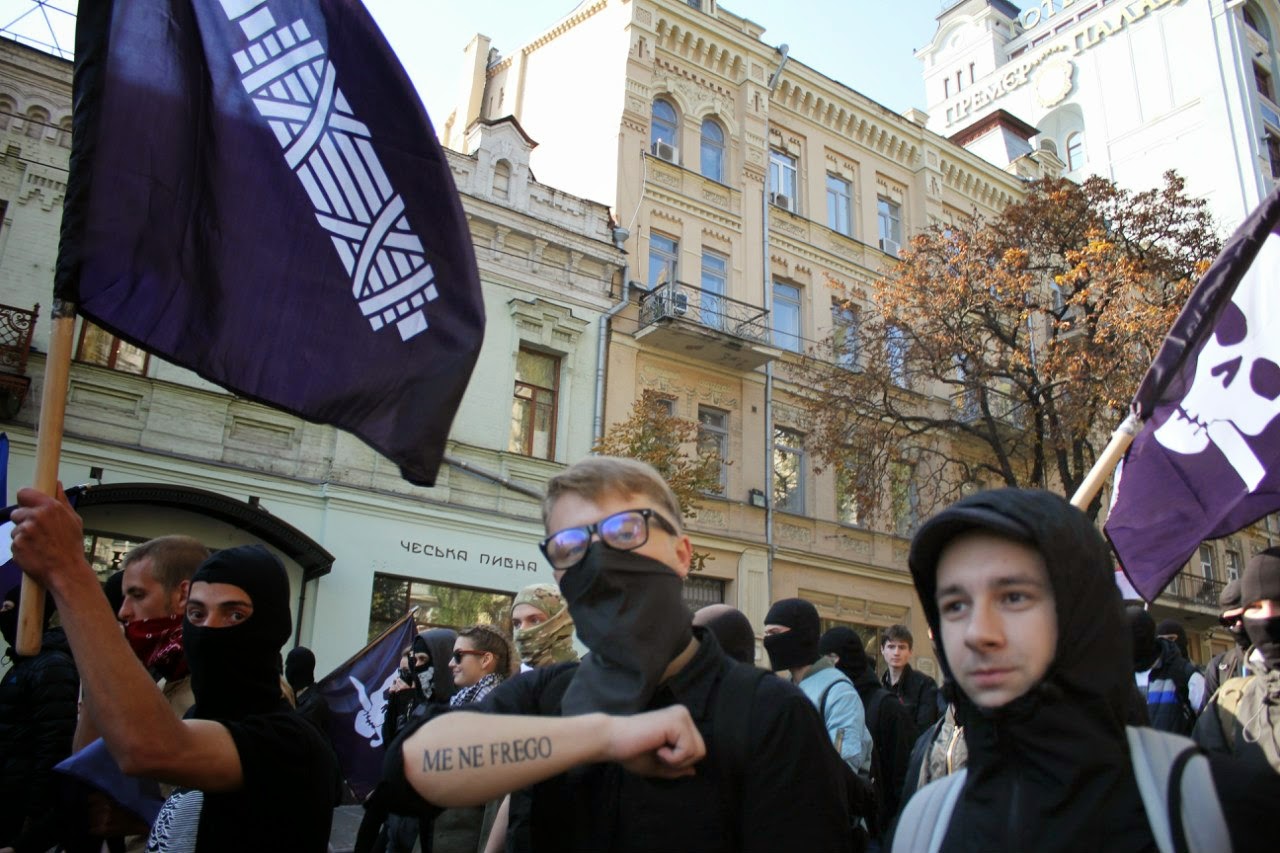 But the spirit, the body breaks up fight makes every normal person prepare bricks, rebar and bottles of gasoline. To be the Ukrainian it's an instinct. Know woke Ukraine December 1, 2013 and more politicians, corrupt police, showmen. Beware Ukrainian Arditi! After all, anger Ukrainian Arditi is terrible!
Despite all the problems, now torn Ukraine, its nationalistic younger generation, the Orange Revolution and the Revolution of Dignity, which is not give up requirements multiculturalism and the laws of the new regime will continue to defend the right to receive really Ukrainian National State – to built the Hetmanate. Ukraine needed, albeit temporarily, but much needed junta military dictatorship that will keep steel claws the economy, foreign and domestic policies. 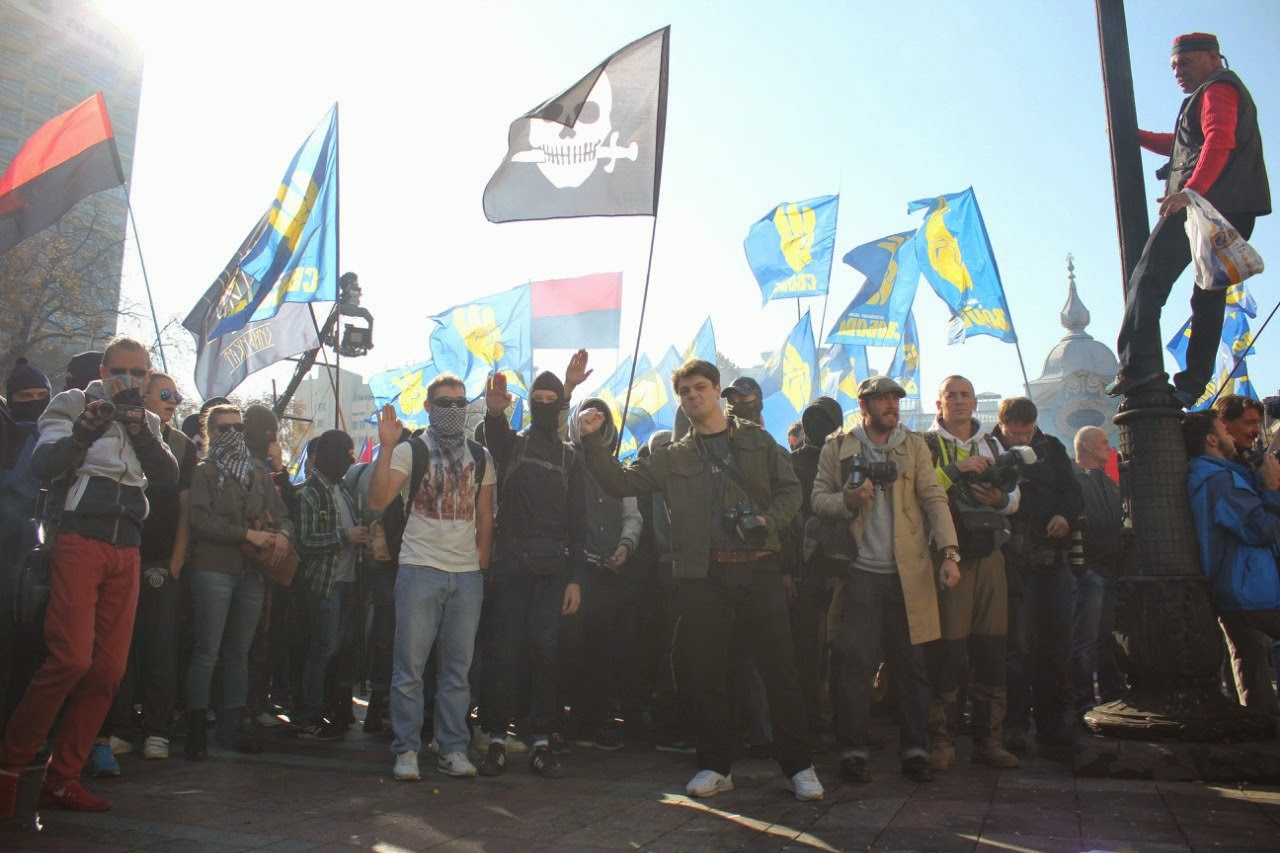 However, as the junta in power should be people who sweat blood and demonstrated their commitment to Ukraine and its nation. Instead corrupt MPs should be formed Council authorized military commanders among the volunteer battalions and youth ranks Ukrainian Arditi. Victory can only obtain it by force! If the enemy requires blood he shed it yourself! Without overcoming internal occupation regime without provocation, foreign occupation regime is defeated. Ukraine does not need peace for a conditional truce with Moscow horde. Ukraine requires a full-scale victories with the destruction of his lair without compromises and agreements.
Ukrainian nation is a strong-willed folk community, which considers the state as its power-political organizational form. Sacred duty of every law-abiding citizen is an act of effective neutralization potential criminals, degenerates as permitted by law, especially in the undeclared war or ATO. But turbulent times call for drastic, even sacrificial changes! Ukrainians should get your n6atsionalistychnyy revenge! Either Ukraine will win or die during boot Moscow occupier with the tacit consent real politicians and the power renegades! 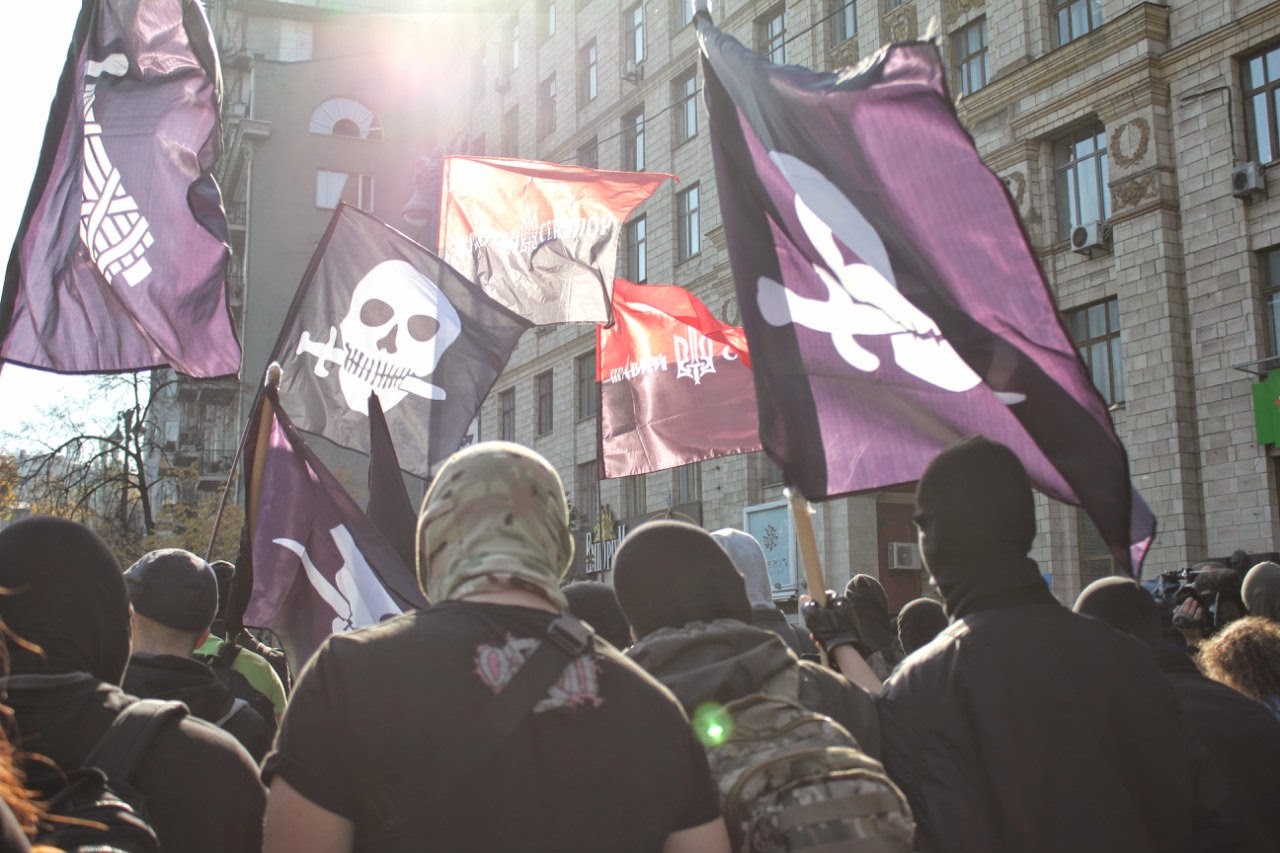 The objective is to eradicate Ukrainian Arditi liberal style of shares in the realities of Ukrainian politics. At the request of abstinence we meet uncompromising radicalism and only Ukrainian break so complex frightened sheep. We already have experience of mass heroism but we need experience mass of individual self-esteem. Ukrainian prince should feel, regardless of social status and social role. Modest nation remain modest colonies aggressive empires.
Tactics of the Ukrainian Arditi is a black wave of revolutionary action. Mass and painful blows to the system will result in failure of the device. Ukrainians managed to overthrow the weak and Tormented undercurrents vertical power failures camp democrats and oligarchs. Revolutionaries have to confront hypocrisy of liberals, fear the inhabitants, the Russian factor and criminal oligarchy. But first we must test our strength and power of our columns.
Author – Denis Kovaljöv, photos by Ann Volnitsova
Опубліковано Kalev69 о 06:17